Snap-A-Striper Man of the Year! 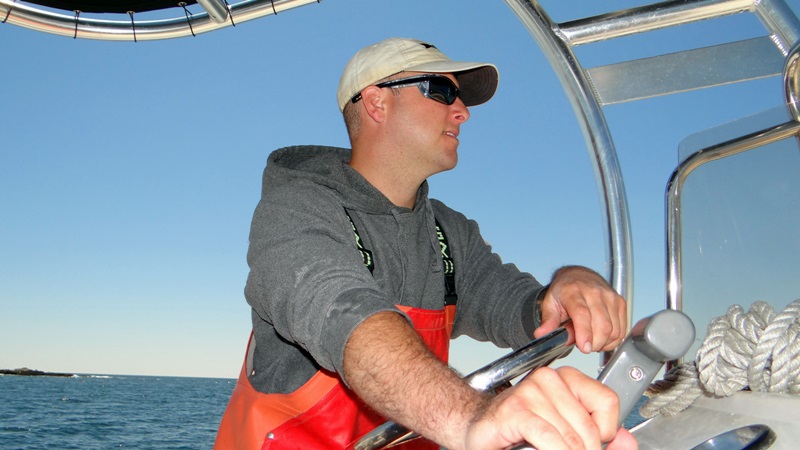 Captain Carle Hildreth, the owner/operator of No Slack! Sportfishing Charters based in South Portland and a specialist in live-lining and chunking mackerel for striped bass in Casco and Saco bays from his 21-foot Parker, is our “Snap-A-Striper Man of the Year!”

With a clientele that includes many family groups new to saltwater fishing in Maine, Captain Hildreth released more than 200 stripers up to 43 inches in 2015 and managed to email photos of 90 of those fish with Snap-A-Striper catch data cards in place to the Gulf of Maine Research Institute (GMRI) where researchers are collecting the data to learn more about striped bass in Maine waters.

Snap-A-Striper is a collaborative effort between GMRI and CCA-Maine and local anglers, captains and guides. Body shape data collected from striper photos as well as data from the otoliths (ear bones) of legally harvested fish can help GMRI scientists determine the origin (locally spawned or migratory) of stripers in Maine, information that can improve management of the resource.

Captain Hildreth encourages everyone who fishes for striped bass in Maine to get involved in Snap-A-Striper. “The striper biomass in Maine and elsewhere along the Atlantic Coast is not in great shape,” Hildreth says. “So it’s important for all of us to learn as much about stripers as we can in order to manage the fishery sustainably. I think the best way to do that in Maine is to be active in the Snap-A-Striper program.”

CCA-Maine is a founding partner with GMRI in Snap-A-Striper. Some 280 striper photographs with accompanying catch data have been submitted to GMRI during the 2014 and 2015 seasons and the Snap-A-Striper program will be continued in 2016. For full particulars on Snap-A-Striper and how you can get involved, go to Snap-A-Striper on this website or email stripers@gmri.org.

This entry was posted in Uncategorized. Bookmark the permalink.